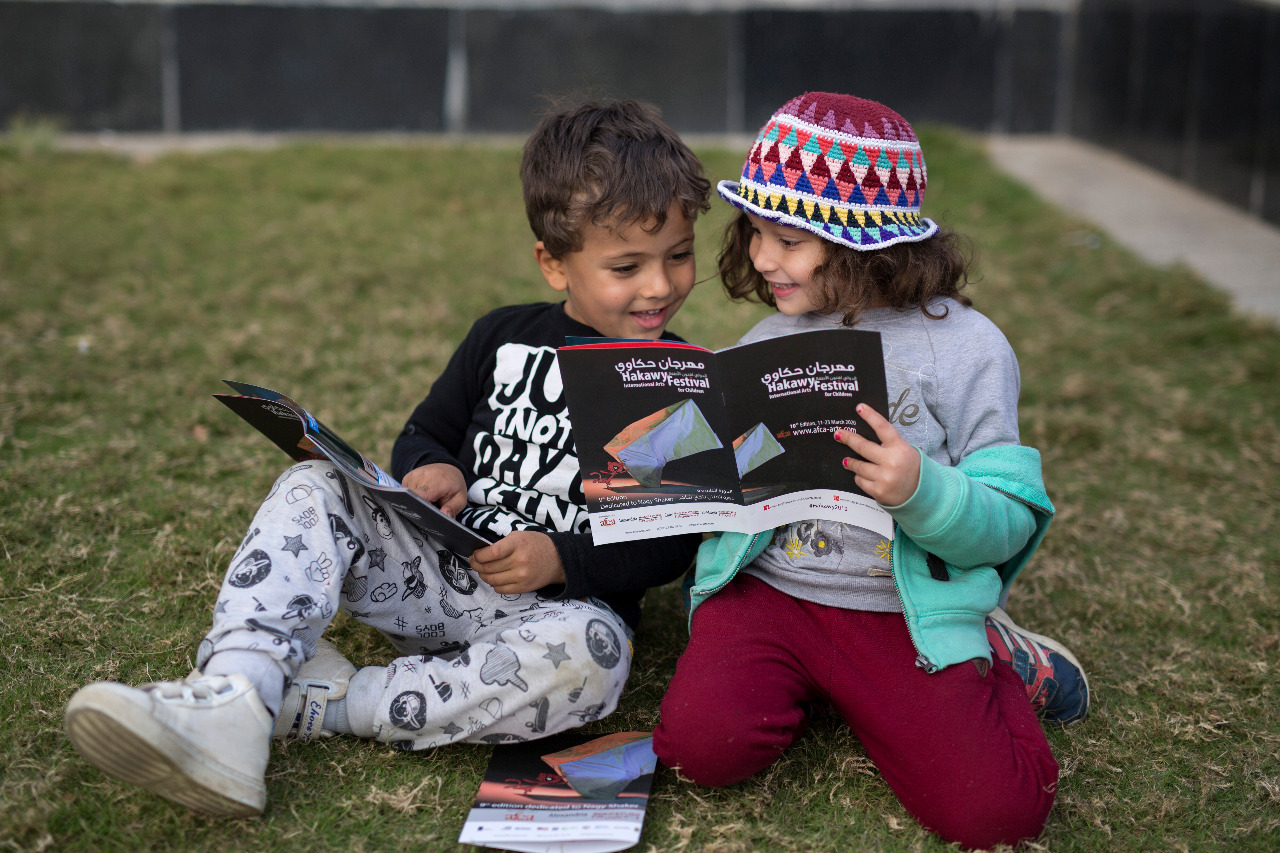 After the ongoing success of AFCA’s latest production “Les fables de La Fontaine” in the French language, created and directed by Mohamed El-Ghawy, AFCA brings you the anthology storytelling performance in Arabic!

The Arabic version of the production premiered last April at Shubbak El Fann initiative hosted by Goethe Institute in Cairo, starring Doaa Sarhan and accompanied by the live music of Mina Noor and sand illustrations of Isra Ghazali. The performance was produced with the support of the French Institute in Egypt – Alexandria.

We are also proud to have taken part in the Salon du livre Francophone (French Book Fair) organized by the french institute in Egypt- Cairo, it was a full house for the two performances on the 13th & 14th of May! The production is available to tour schools both in the French and Arabic languages, for booking and more information on AFCA’s productions, email us at info@afca-arts.com.