stemming from our belief that every child should have the access to arts and culture, AFCA ventured on to different governorates aiming to decentralize arts and cultural experiences for kids wherever they are in collaboration with various NGOs.

The project launched in 2020, with a plan to circulate different art experiences for children in villages across Upper Egypt, contrary to greater Cairo & Alexandria where most cultural projects and organizations have centralized, the upper region suffers from a gap in the presence of cultural projects in comparison to other regions and thus AFCA has launched AFCA Arts School out of Cairo with an intention to fill the gap in children arts education there. AFCA has worked with more than 100 kids across villages in El-Minya and Assiut for the duration of a whole week on storytelling and theater workshops and producing a final performance at the end.

Children learn the fundamentals of storytelling and theater production and engage in all productions stages as they gear up for a final performance by the end of the workshop.

The Workshop resulted in the anthology storytelling performance “Stories from El-Minya” that went on to premiere during the 11th edition of Hakawy International Arts Festival program in El-Minya, watch highlights from the Performance below!

Check out Stories From El-Minya Performance 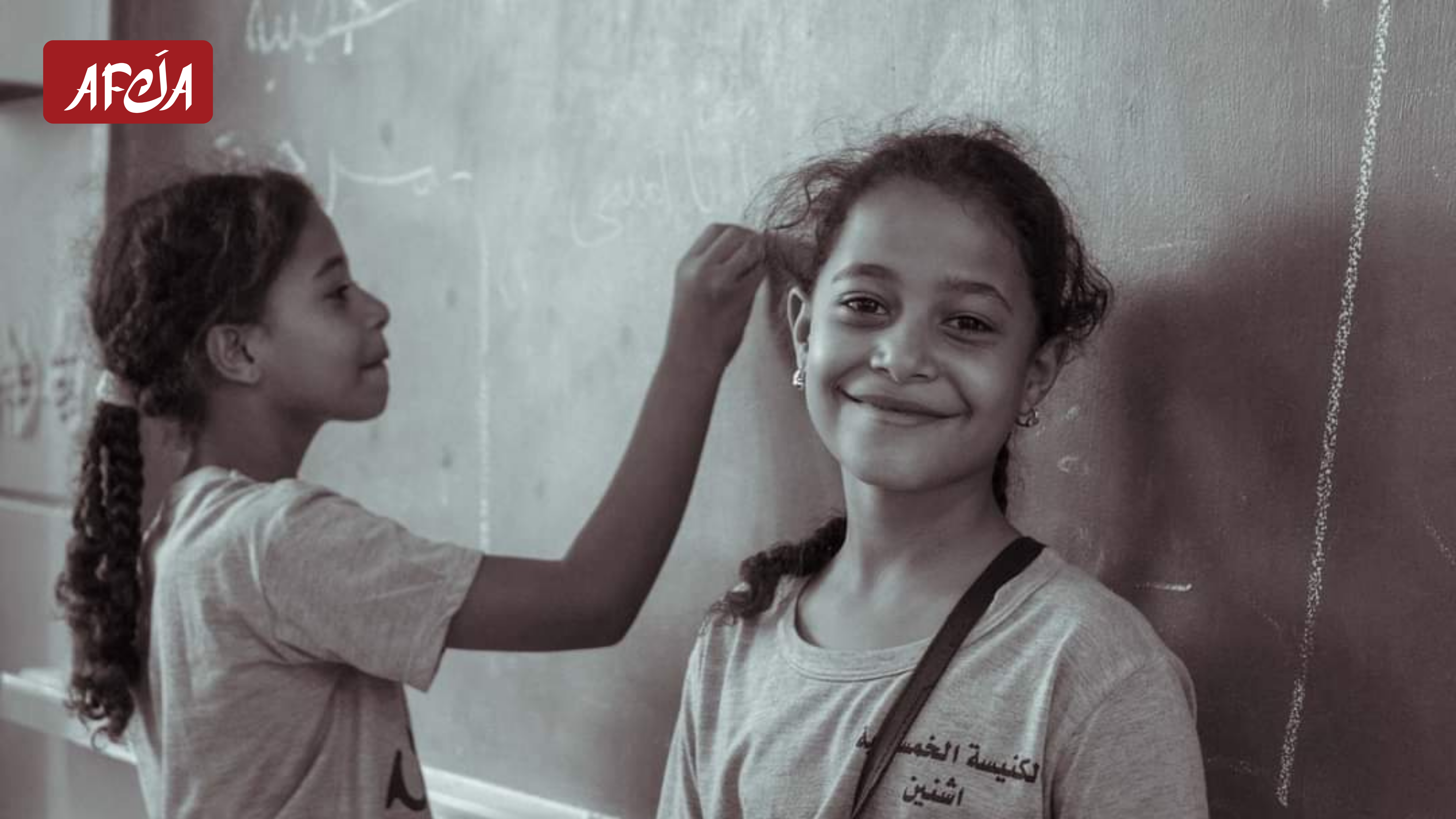 The Storytelling & Theater Workshop in El-Minya & Assiut were funded and supported by the European Union in Egypt & EUNIC. In collaboration with the Upper Egypt Association for Education and Development.

AFCA Arts School returns to El-Minya for a second time, but this time around it is mixing up both science and arts! with the support of the British Council in Egypt and in collaboration with Jesuits & Brothers’ Association for Development in El-Minya, AFCA carried on a 7-day workshop in which kids get to learn about different scientific phenomena and concepts whilst incorporating their newly gained knowledge with storytelling.

joining as facilitators during the workshop are FameLab Alumni Eman Saleh, and Marina Girgis, the latter has starred in AFCA’s latest production “Chamber of Secrets”. the workshop aims to introduce children to the vast world of science but in a new and different light with the help of arts specifically that of storytelling. by the end of the workshop the children will present a performance that mixes between both.

Check out Chamber of Secrets Performance